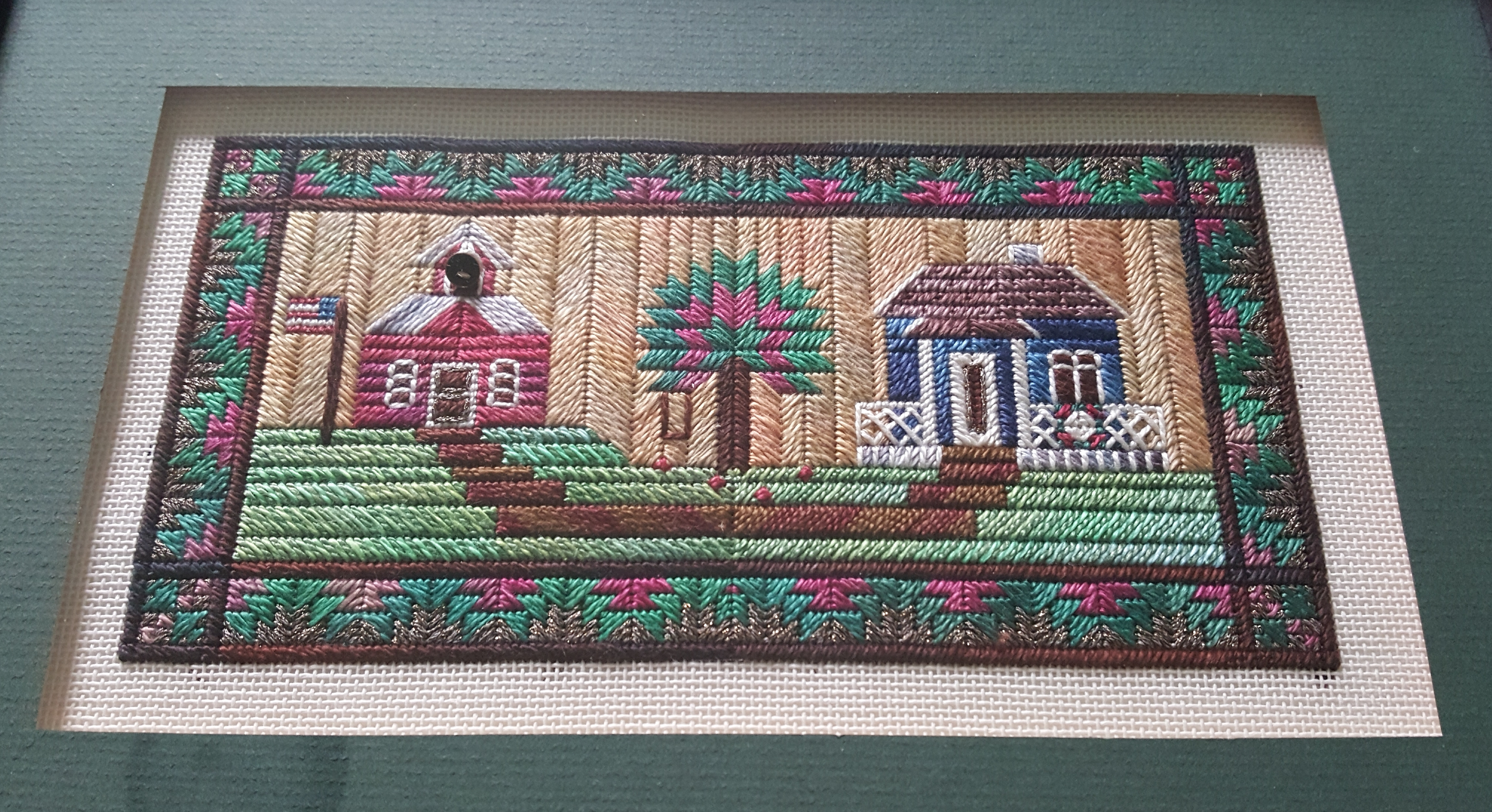 Recently, we dedicated a school on the island of LaGonave, Haiti. It is named the Rob Marchand Education Center (RMEC), after my best friend who died of cancer four years ago. His wife and kids, along with my wife and a friend were able to attend the dedication, distribute RMEC backpacks and RMEC t-shirts. We also delivered pens, pencils, and notebooks to schools in the area.

At the dedication, all I could think about was how nice the school turned out and how much work it took to create this school. Every inch of the foundation was dug by hand. All the concrete to form the foundation, stick the blocks together, complete the columns and steps were mixed with shovels and sweat, carried bucket by bucket by local workers. The amount of effort that it took to complete this building was incredible.

My wife does a ton of needlework, mostly counted cross-stitch. She has produced enough cross-stitch pieces to give one to every person in the western hemisphere and they are always stunning. The images are produced by stitching tiny x’s of colorful floss into a piece of fabric. It takes approximately 146 million x’s to create a picture, times the number of people in the western hemisphere, equals a whole bunch of meticulously placed x’s in her lifetime.

A couple months ago, I was out for a morning walk in a city in California. A homeless person was muttering to herself and methodically cleaning a section of grass. She was “raking” the grass with a stick, moving pebbles, and there wasn’t one piece of trash in her little corner of the world.

I’ve decided it takes a ton of work to create beauty in this world. Whether it’s toiling in the hot sun to make a school, executing a plan of stitches onto cloth, or obsessively cleaning a part of creation, it takes work. Maybe ugliness is caused because we’re too lazy to create beauty. Too lethargic to invest in others, in causes, and in ways that lead to good.

I’m starting a new venture of beauty through work, by selling counted cross-stitch on Ebay, donating the money to charity, and seeing how long it takes my wife before she notices any of her creations are missing.

0 thoughts on “Beauty Through Work”