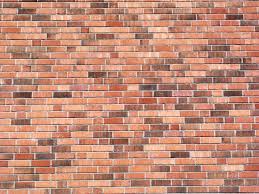 I love bricks,
To run your finger down the lines,
To feel for bumps of sand,
To figure out how many bricks it takes to build that wall, that house, that building, that town.

To watch a building go up brick by brick, wall by wall,
And wondered,
How do they turn out so straight?
How do the cracks turn out so smooth?
How do they get bricks to curve over a doorway without falling down?
Is it someone’s job to punch three holes in each brick?

And the color of bricks,
White, orange, red, all kinds of brown, black, and mixed colors,
And when you build an addition,
Some do a good job of matching their brick color,
Some don’t.

Better than feeling and counting bricks is watching bricks being laid.
And realizing that the millions and billions of brick were laid one at a time,
By a human hand with slopping mortar,
By a person with a cigarette in his mouth yelling at his tender that his mud is too wet,
Or too dry,
And if he doesn’t get his you know what together,
He’ll jump down and kick his you know what.

My grandmother lived in a town that kept some of the streets paved with bricks.
Bricks make better buildings than roads.