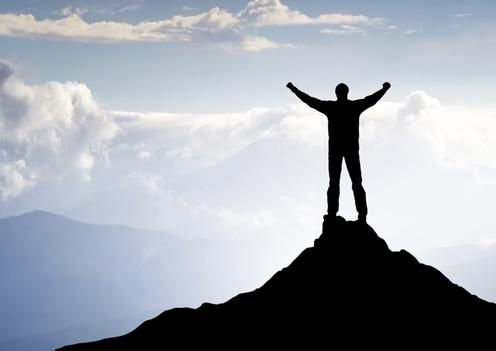 Stories of people who overcome great obstacles are engaging and inspirational.  I’ve read Nick Vujicic’s book Unstoppable, about how a man with no arms and legs has dared and achieved much, speaks regularly, is deeply religious, and started a nonprofit – Life Without Limbs.

I remember following the news about Bethany Hamilton who in 2003, had an arm taken by a shark.  There was even a movie made about her, Soul Surfer.  Recently Bethany has been in the news about her return to competitive surfing and how she has been beating some of the top surfers in the world.

This past Sunday I was watching a CBS Sunday Morning piece about Colin O’Brady, who at one point suffered burns over 25% of his body. He credits this painful experience with his ability to endure. So much so that he set a goal of reaching the North & South Poles and the seven highest peaks on seven continents. Called the Explorers Grand Slam, fewer than 50 people have ever finished the challenge. Only two have done it in under a year. Colin finished all nine expeditions in just 139 days – a new world record.

A common theme with inspirational speakers is – if you put your mind to it, you can accomplish anything.  The problem is, it’s really not true.

I’m not trying to diminish the incredible drive of the three people I listed, and hosts of others. I’m not trying to lessen the impact these motivating stories make in the lives of others.  But it’s really not true and it’s really not fair.  Nick and Bethany could not have accomplished what Colin completed.  There are physical limitations alone that preclude attaining certain goals.

I think the story is simply – climb your own mountains. Get on your own surf boards. Whatever image fits the best. We all can work to accomplish so much more.  I don’t have to climb your mountain.  Mine are tall enough.

One thought on “Climb Your Own Mountains”