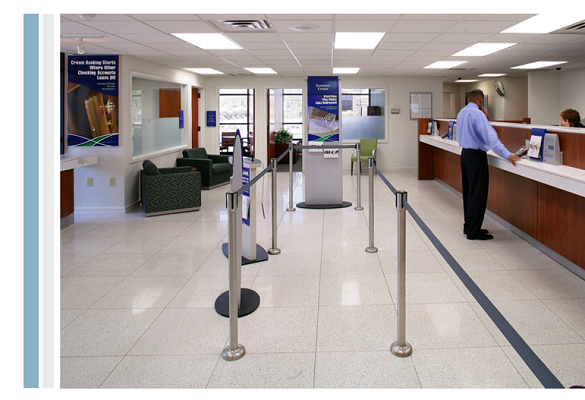 Before our trip to Haiti, I went to the bank to withdraw a fairly large sum of cash to bring along for our projects and accommodations.  So it took a while for the banker to put the withdrawal together.  As I was waiting a women came to talk about her bank account.  She obviously was having great difficulty understanding her account and wanted to speak with a specific banker, who was not in this day.  It reminded me of our experience with my wife’s mother and made me wonder when the need for confidentiality outweighs caring.

Sharon’s mom was farther along into dementia than we realized and we missed some signs that now seem obvious.  Among other things, Sharon tried to help her mom with her finances.  I remember her taking hours to figure out her mom’s bank account and laid out a list of checks that needed to be sent and deposits that needed to be made.  A couple weeks later we found that pile shoved in TV stand in a back bedroom.  There were some difficult moments when Sharon and the bank were accused by her mom of stealing her money.

The triggering event was when Sharon’s mom was to drive her car home from an oil change and drove 3+ hours into Iowa and ran out of gas on a lonely dirt road.  Luckily she was found by a farmer who got her to the Sheriff and this led to her mom’s stay in a Memory Care unit until her death.

This is a background to say, we’ve lost something.  During this long and challenging time we had two people reach out to us expressing their concern over Dorothy’s memory and health.  One came from her church and the other from a person who probably wasn’t legally able to share their concern.  I’m not trying to project blame, I’m simply saying more people saw the troubles than were shared.  Confidentiality trumped care.

We went through the legal steps of Sharon being the Guardian/Conservator and the Power of Attorney.  In the eyes of the State, she was her mom and able to make every decision because her mom had lost the capacity.  Yet we had an investment person say they wanted to verify the accounts with her mom because they had a family member that they thought was still able to make financial decisions.  Huh?  We had an insurance company require Sharon to submit twelve sets of forms to pay out on a benefit.  Really.  We had to contact our attorney on several occasions to get action from companies designed to help the elderly and families of the, eventually, deceased.  It’s hard not to be cynical when it seems the intent is to make people give up or take advantage of a diminished mental state.

We’ve lost something with HIPAA and confidentiality and privacy regulations.  We’ve lost the initiative to provide the right information to the right people at the right time.  We’ve allowed legalisms to undermine caring.

One thought on “Dementia & Caring”