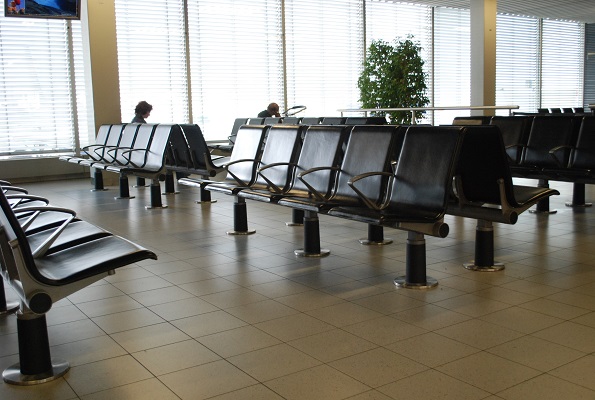 We have invisible zones that separate us.  At times we are so close and yet we are so far away.

Years ago we went camping with the kids in Colorado.  We were sitting by the fire and I looked at the campsite next to us.  Very similar.  Tent camper, family roasting marshmallows, chairs around the fire ring, and two families pretending the other didn’t exist.  I remember thinking here was this invisible zone between us and we “pretended” we were in the wild with no one else around.

Recently we were flying back from a trip.  Waiting is pretty much all you do while flying, so we were waiting in a row of chairs.  Sometimes there were seats between us and others that were filled with stuff to create a buffer.  Sometimes just invisible zones that this is “my” space and to stay out of that space.

Our flight was delayed three hours (another story for another day about airlines) so we went to get something to eat.  There were several flights cancelled and many delayed.  A young woman dropped her things on the table next to us, put her head in her hands, and was weeping uncontrollably.  She took out a business card and laid it on the table that had a cross & flames (symbol of the United Methodist Church) and when she left a message I heard the word “Pastor” and not much else through the sobs.