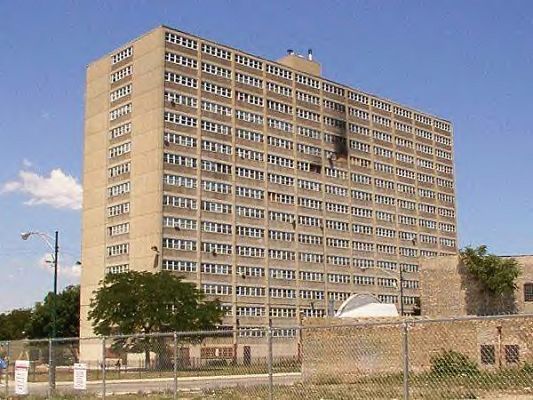 We watched the movie Hardball, with Keanu Reeves, the other night.  It’s a fairly predictable baseball movie where he works with a ragtag group of kids in the projects of Chicago that comes together to be a team.

But two random reflections from the movie.  First, it was filmed in Cabrini Green, which was a high-rise housing project that would have been an incredibly difficult place to live.  Years ago we did a mission trip to this place that the locals called “The Rifle Range.”  All the buildings have now been torn down, but our project was to paint hallways and people’s apartments.

During our time at Cabrini we watched a few drug deals go down, painted hallways that smelled like urine and alcohol, and when we moved furniture in the “cribs” an incredible number of cockroaches skittered.  There were many burned out apartments, the noise level was high, and residents, including the elderly, had to climb stairs as the elevators didn’t work.  I kept thinking, no one should have to grow up or live here.

There was a youth group working at Cabrini the same time we were there.  One of the gang members brought in a small group of boys to tell the mission leader that they were flashing gang signs.  He brought them in because he didn’t want them to get hurt.  Guess you never know where goodness will surface.

2 thoughts on “Showing Up”