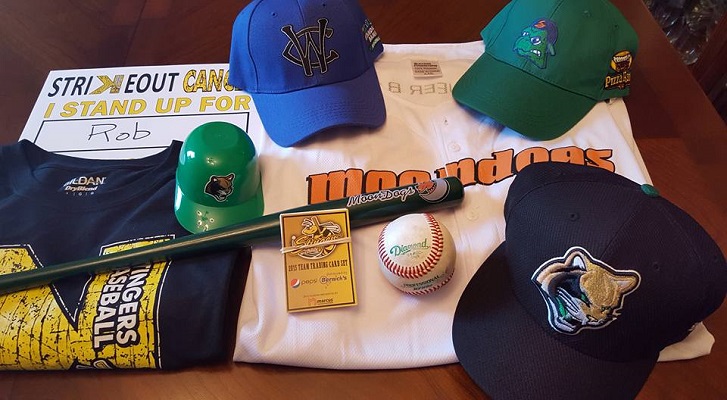 My brother cut down a cedar tree and sent pictures because the smell reminded him of our grandparents. Years ago they had cedar trees that needed to be taken down. Dad had the trees cut into boards and those were made into clocks, boxes, and other items. Cedar reminds me of my grandparent’s farm.

Flower gardens remind me of my other grandmother, who always had amazing beds of flowers and plants. Peonies remind me of my sister – there is a classic family picture of her with her white hair and large peony blooms.

Baseball reminds me of my friend, Rob, who passed away about a year ago from cancer. We took a bunch of baseball trips together and they were some of my most cherished times. For those of you who are my Facebook friends you are probably sick of this, but it is MY blog I guess.

I was going to travel to Chicago for a workshop and then was taking a few days of vacation. My family tolerates baseball but I love baseball and thought that this was my chance to hit a bunch of minor league games. But baseball reminds me of Rob. A couple weeks ago would have been his 60th birthday, so a #TourdeRob began. I’d like to say that I had thought this all through and planned extensively, but actually it sort of just happened. My plan evolved into seeing six baseball games for each decade of his birthday.

There were abundant moments along the way. An amazing sunset. A chance to give a foul ball to a kid – because giving stuff to kids is what he did daily. Penny hotdog night and he always had a hotdog at a game and this price would have pleased his thrifty, Scottish background. Spent a lot of time reflecting on our trips and our friendship. Interesting plays and names and teams. Times where I actually thought, as I often do when watching baseball, I need to tell Rob about this…

The most amazing occurrence was my sixth and final game. I was settling into my seat and saw a table with STRIKE OUT CANCER. I explained to the guy about my #TourdeRob and he said this is exactly what this is for – to recognize those who are fighting cancer and those who fought it. I couldn’t stop my eyes from leaking most of the night and as a friend posted, a true God’cident.

Several times I wondered why I was doing this.  After game five, I really thought about ending the tour. I was tired, had spent the afternoon in the hot sun, and thought – this isn’t about Rob, it’s about you. You’re spending money on yourself for no reason. Just stop.

After the STRIKE OUT CANCER event and reflecting on the baseball tour I realized very clearly – it was about me. I needed this trip because I’m not done grieving yet. I needed reminders. I needed to reconnect. I miss Rob’s family and giving them items collected along the way to his mom, sister, wife and two kids would help me, connect me.