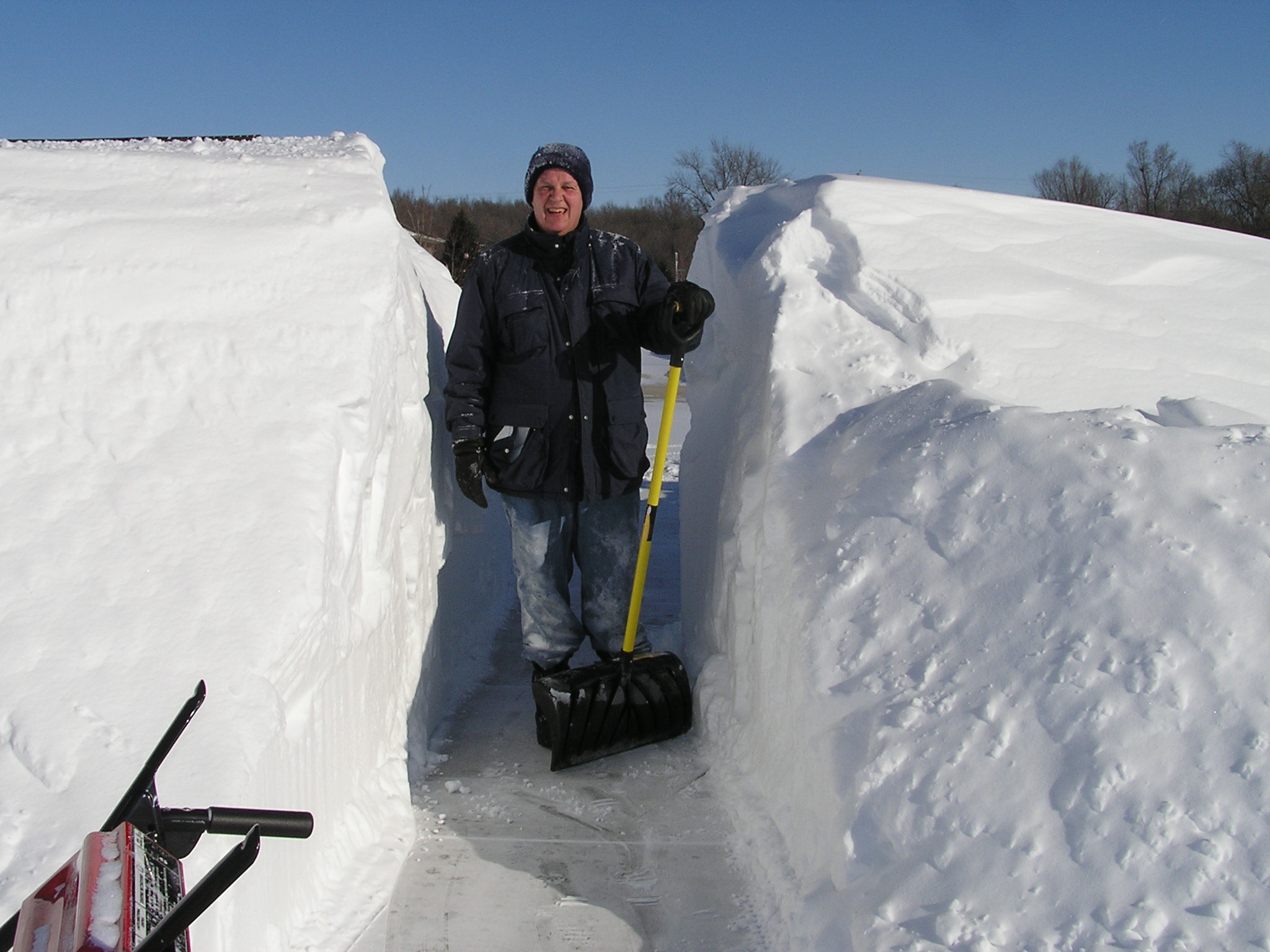 After a few weeks of heavier topics, I felt snowed under and it sparked my memories about snow. One winter we missed A LOT of school. The newspaper delivered orange balls to be put on car antennas so they could be seen around corners. That was, of course, when cars had antennas that orange balls could be placed on. There was so much snow that winter that in a valley south of town the snow was almost to the top of the telephone poles.

Another winter, we had a large drift behind our house that was packed hard enough to be able to build a fort. We carved an entrance and a large room into the snowbank and brought in rugs to sit on, in our enclosed chamber.

My brother and a friend wanted to camp out overnight in one winter. We went to buy gas to get a fire started, but bought diesel fuel. When we tried to build a fire to stay warm, using the diesel fuel, we got smoke with no flames or heat. I wimped out and went home to the comfort of my own bed, but my brother and friend made it all night.

Over the years, I have made many snowmen, but one winter we made a snow dragon. It was probably 15 feet long and used a spray bottle of water and green food coloring to make it look dragon-y.

Our previous home was on the edge of town. There was nothing but open fields behind our home. The row of houses off this open area created some large drifts, six to eight feet high. I carved a path through the drift with a snowblower and brought pictures to Haiti. That created quite the conversation!

On the south edge of the town where I grew up was the Municipal Golf Course. If you live in the north country you realize that golf courses are useless for golf in the winter, but great for sledding. Toboggan Hill was the most gradual decline to the creek. Perfectly designed for toboggans, usually four people would head down the hill for a generally uneventful ride. At the bottom of the hill there was typically only one path across the creek. If you hit that path, you’d dip through the creek and coast to your stop near the 3rd green. If it looked like you’d miss the gap, you’d bail off the sled or meet weeds and rocks and usually soreness. We decided to learn how to ski down Toboggan Hill. Dad bought a cheap pair of skis and since we couldn’t afford ski boots or bindings, he attached buckle overshoes. It was built for function, not fashion.

Suicide Hill started with a snow ledge so every ride began as a flight. If you didn’t lose the sled in the air, the landing was in tall weeds. If you didn’t lose the flyer in the weeds slapping at your face, there was a steep slope to the creek. If you managed the flight, weeds, and the gradient you needed to build enough speed to jump Hidewood Creek, by way of a natural snow ramp. Hence the name.

I went to look at these sledding hills years later. The legends may have been bigger than the hill.

One thought on “Snow”