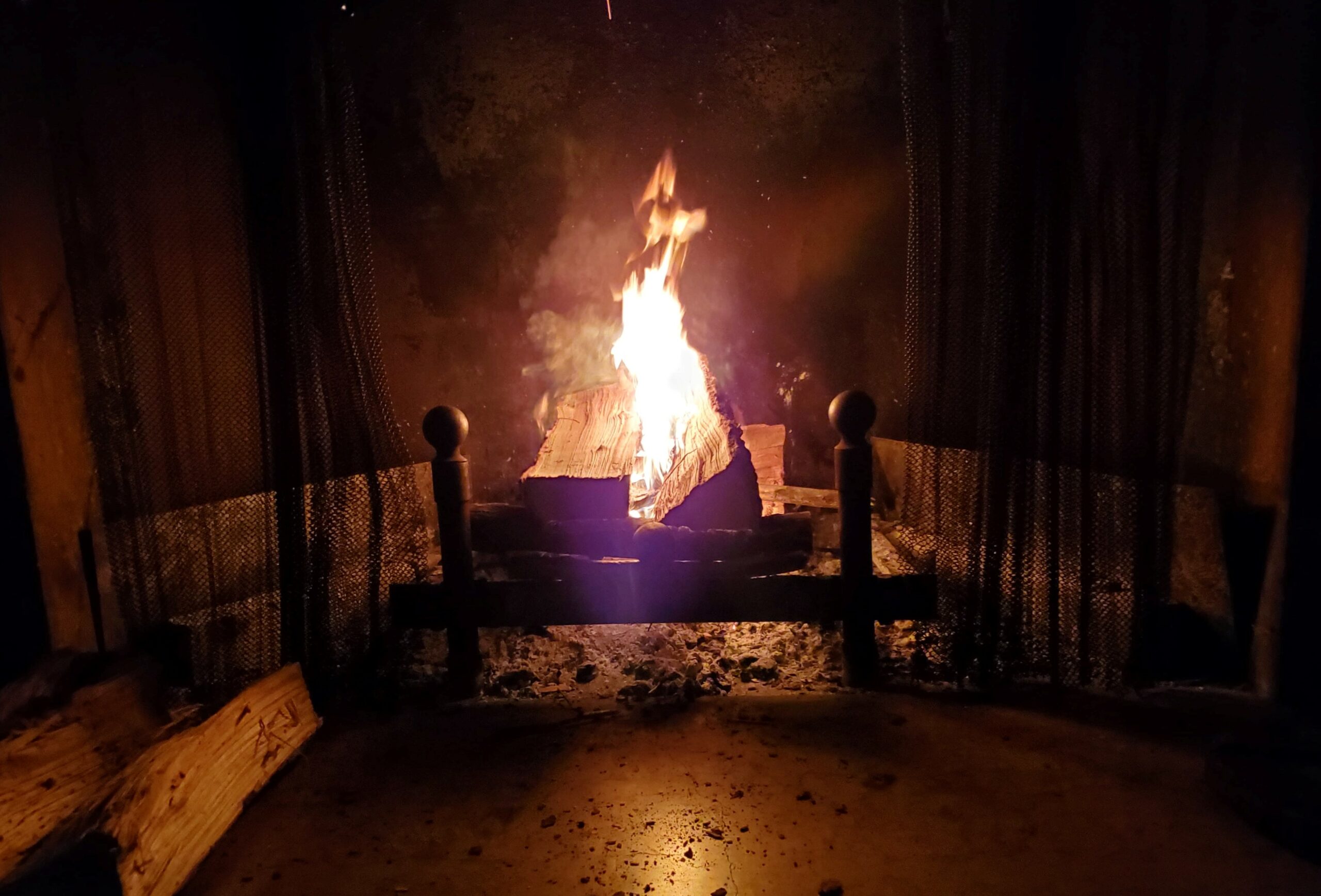 I like fires. Not the raging forest fires like we’re seeing in Colorado, California and other places. Not the structure fires that cause so much destruction and heartache, just the plain ‘ole fireplace-type fires.

At one of the homes we lived, we had a chiminea. They are pot-bellied ovens, that have a bulbous bowl with a front opening and a slender chimney that directs smoke up and away. They were apparently developed in Mexico for baking bread and for heating.

The first chiminea we owned was made out of clay, until we made so many fires, it literally disintegrated. The second one was metal, and my fire making goal was to make sure flames shot out the top of the chimney. We lived across the street from a retirement apartment building and boy that got people to the windows.

Fires have stages. There’s the “building” stage. Getting the newspaper, kindling, and small pieces of wood arranged. It’s the “try to get it going” stage. As a Boy Scout, I can never resort to gas or lighter fluid and use wood arrangement schemes, like the log house or the teepee.

The next phase is the “Yes” stage. YES, it’s going to make it. Time to start getting ready to stack bigger pieces of wood.

Then there’s the “roaring” stage. No turning back, the fire is on, now how much can the chiminea hold? It’s the “NASA can see it from space” stage. Also sometimes known as the “dodging” phase. Depending on the wood, embers pop and come shooting out the front opening of the chiminea.

Then there’s the “Dear we can’t be up all night” stage. The fire starts winding down and because I’m ADHD, I typically turn the bigger logs over, so they burn better.

Finally, the “coal or marshmallow” stage. It’s the comfortable red coals. Perfect for roasting marshmallows unless you’re the “three-second, start them on fire anyway,” kind of person.

Then it’s the “protection” or “worry” stage. Will I or will I not burn our deck and house to the ground if I leave the fire unattended?

You know, these stages might represent other things like – marriage or life or …. or maybe it’s just a fire.