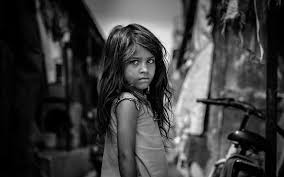 In his book, The Case for Grace: A Journalist Explores the Evidence of Transformed Lives, Lee Strobel outlines his stories of grace, the stories of other’s lives, and their intersection with God and grace. The opening story about Stephanie simply grabbed me. She was a bi-racial child born during the Korean War. After the war, there was little tolerance or place for these children. After a large argument in her traditional Korean home, her mom gave her a small bag of food and extra clothing and put her on a train to live with her uncle. There was no uncle at the train station and she joined the world of abandoned bi-racial children who were on their own to fend for themselves. SHE WAS FOUR YEARS OLD.

The story continued with how she stayed alive, how she found or stole things to eat, and the cruelty of others in her life. There were people who helped her find food or a warm place to sleep or rescued her from danger, but mostly she lived a life of harsh survival.

A cholera epidemic swept through South Korea and Stephanie became very sick. She was found by a World Vision nurse, more sick than alive. Being about seven years old, Stephanie was not a typical kid for the orphanage; too old and less likely to be adopted. The nurse was considering leaving her but clearly heard two words, “She’s mine,” and convinced it was God speaking. The nurse took pity on Stephanie, treated her at the clinic, and placed her in the orphanage.

“Although I was almost nine years old and had been in the orphanage for about two years, I still had dirt on my body, especially my elbow and knees – it was ground into my skin. I had lice so bad my hair was actually white. I had worms so bad in my stomach that when they got hungry they’d crawl out of my throat. I had a lazy eye that sort of flopped around in its socket. I couldn’t see very well at all, probably from malnutrition. My face was devoid of expression. I weighed a little less than thirty pounds. I was a scrawny thing. I had boils all over me and scars on my face.”

One day a couple showed up at the orphanage and were walking from baby to baby, picking them up, kissing them and putting them back down. This couple, who came in expecting to adopt a baby, were drawn to Stephanie. The man walked up to her, put his hand on her face, and it felt “so good and so right.” Stephanie is still astonished as to what happened next. She grabbed the man’s hand, brought his face to her face, and spit on him – twice. Unfazed, the couple continued to pursue her and eventually brought her home.

Stephanie assumed she’d simply become the family servant, but they fed her, gave her medical care, tucked her in at night, and never asked her to work or serve them. She had a hard time believing that she was a daughter and not a slave.

Around age seventeen, she had become sullen, irritable, and withdrawn. One night her dad came in and said, “Your mother and I want you to know that we love you very much, but you seem to have a hard time accepting that love. The time has come for us to release you to God.”

God couldn’t love me – a mistake, born out of sin, and bi-racial. God can’t love me -someone who has been raped, condemned, and so full of anger. This child who was abandoned, slept on straw, stole food to stay alive, was ridiculed and abused, sick and on the streets, finally realized she could accept love. A barrier was broken between she and her parents, between she and God.

It took years to fully forgive and fully accept, but Stephanie now counsels women with abuse in their past. She stated that, “There is no event in my life that I am better without,” because ultimately all these events brought her to Jesus. Grace makes us all children of God.