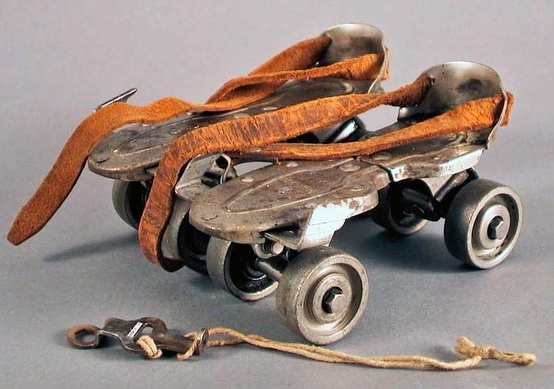 One of my favorite things to do as a kid was go roller skating. They would open the school gym and you’d key or tighten metal roller skates to your hard shoes. Not only do these not exist much, the next generation with boot skates and roller rinks are pretty much gone.  That doesn’t even exist much.

Remember the 45 adapter for records? It was a yellow plastic disc stuck in the middle of the 45 record so it could be played on an LP record player. Those of you a certain age, I realize I am talking a foreign language.  Google it.

Was walking through a mall in Minneapolis and saw a pay phone. They don’t exist much.

How about film for your camera? The film canisters were different sizes to fit the kind of camera and the film had to be dropped off to be developed and pictures to be printed. Digital cameras made that not exist much. Dad had boxes and boxes of slides that needed to be fed individually or later into round carousels and the slide projectors projected the pictures on a screen (or more likely the wall). Slides pretty much sit in the boxes in basements now.

Milk boxes would be outside many homes. The milk man would drop off milk and put them in the insulated boxes. They don’t exist other than in antique stores.

Red Box is pretty big, but there used to be huge stores renting DVD and VHS movies. Now you go to a small movie vending machine or search and watch it on your TV or computer.

Loved the sound of a rotary phone. You’d put your finger in the number and spin the dial. Made an unmistakable sound, that now doesn’t exist. Wonder if I could get a rotary phone app for my cell?

We used to spend HOURS looking through the Encyclopedia Britannica. Traveling sales people would come around and I’m sure the books were expensive for our parents to buy. We did get a lot of use out of them, even though now much more current information is available on our phones.  They just don’t exist much anymore.