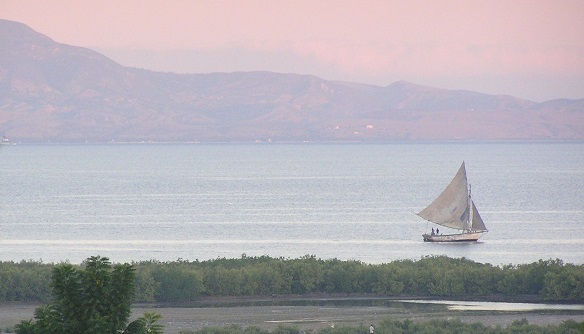 I like reading Malcolm Gladwell because he looks at situations from a unique angle or viewpoint.  In his latest book, David and Goliath, he talks about the concept of “remote misses.”  In World War II, the Germans bombed London incessantly. Forty thousand people were killed and a million buildings were leveled or damaged.  Psychiatric hospitals were built in anticipation of a panic – that never came.

To discover why few were devastated, one analyst divided the population into three groups.  Those that were killed.  Those who experienced “near misses” and were traumatized.  And the third group were the “remote misses” who grew to have a sense of invulnerability.  A self-confidence and at times exhilaration came for many from living through the relentless air raids.

Pastor Fred Shuttlesworth was an important ally of Dr. Martin Luther King and the civil rights movement in the hotbed of strife – Birmingham, Alabama.  He walked away from his home after it was blown up and burned by the Klu Klux Klan.  A group of men surrounded his car, broke all the windows, and roughed him up to the point of hospitalization.  The pastor walked through a barrage of glass bottles and goons with clubs as he went to enroll his daughter in a local high school.  Rev. Shuttlesworth said he had nothing but forgiveness and love for his attackers and continued as a tireless voice for African-Americans and for change.  He’d had three remote (probably near) misses and felt God had protected him.

The concept of a remote miss resonated with me.  As a kid, I nearly drown in a creek.  I was taking pictures of the Sioux Falls and an ice bridge (that I’d mistaken for a rock bridge) broke and it could have ended much uglier than simply sprawling to safety.  I was about 50 miles from the epicenter of a pretty big earthquake in Haiti.

If I would have died in these incidents, guess you wouldn’t be reading this.  I have had, as my friend calls them, a few NDE’s – near death experiences.  If the episodes were near misses, it likely would have caused emotional distress.  But they seem to me to be remote misses.  I’m not trying to make this equivalent to surviving a World War or a war on prejudice, but it may be why I’m typically less afraid.  More willing to experiment and get excited about new things.  Or maybe I’m just weird.