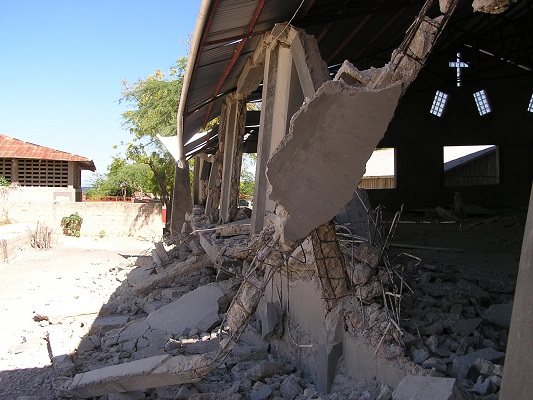 Mom has always been an avid reader. She also has a fear of snakes. So in my younger years I would cut out pictures of snakes and slip them into books she was reading and then wait for the inevitable scream. I also put a plastic mouse in the oven to scare her, but found that it’s typically better to do that when the oven is not being preheated to bake cookies.

Many of you know I was in Haiti during the big earthquake on January 12, 2010 (can’t believe it has been that long). A few months later I was sitting at a traffic light in Sioux Falls and a cement truck came rumbling up behind me. I had a panic moment that brought back fear, before I recognized it was the truck that had caused the movement and vibrations.

Our granddaughter is getting to the age where she’s more aware and more afraid. So why are some people frightened by everything and some almost nothing? Why do fears develop into phobias or why would fear paralyze a person from even leaving their home? How do we balance appropriate fear and unhealthy fear? I guess I have more questions than answers.

I was listening to a conversation with Brad Lomenick (author of Catalyst Leader) and one of his comments was, “Courage is not the absence of fear.” Thought that was a good insight. Just because we aren’t afraid of trying something new, doesn’t mean we have the courage to move forward.

So I’m afraid that’s all I have on the topic of fear.

P.S. As a kid I walked up on a rattlesnake, so not a big fan of snakes either. Just don’t tell mom where my books are.