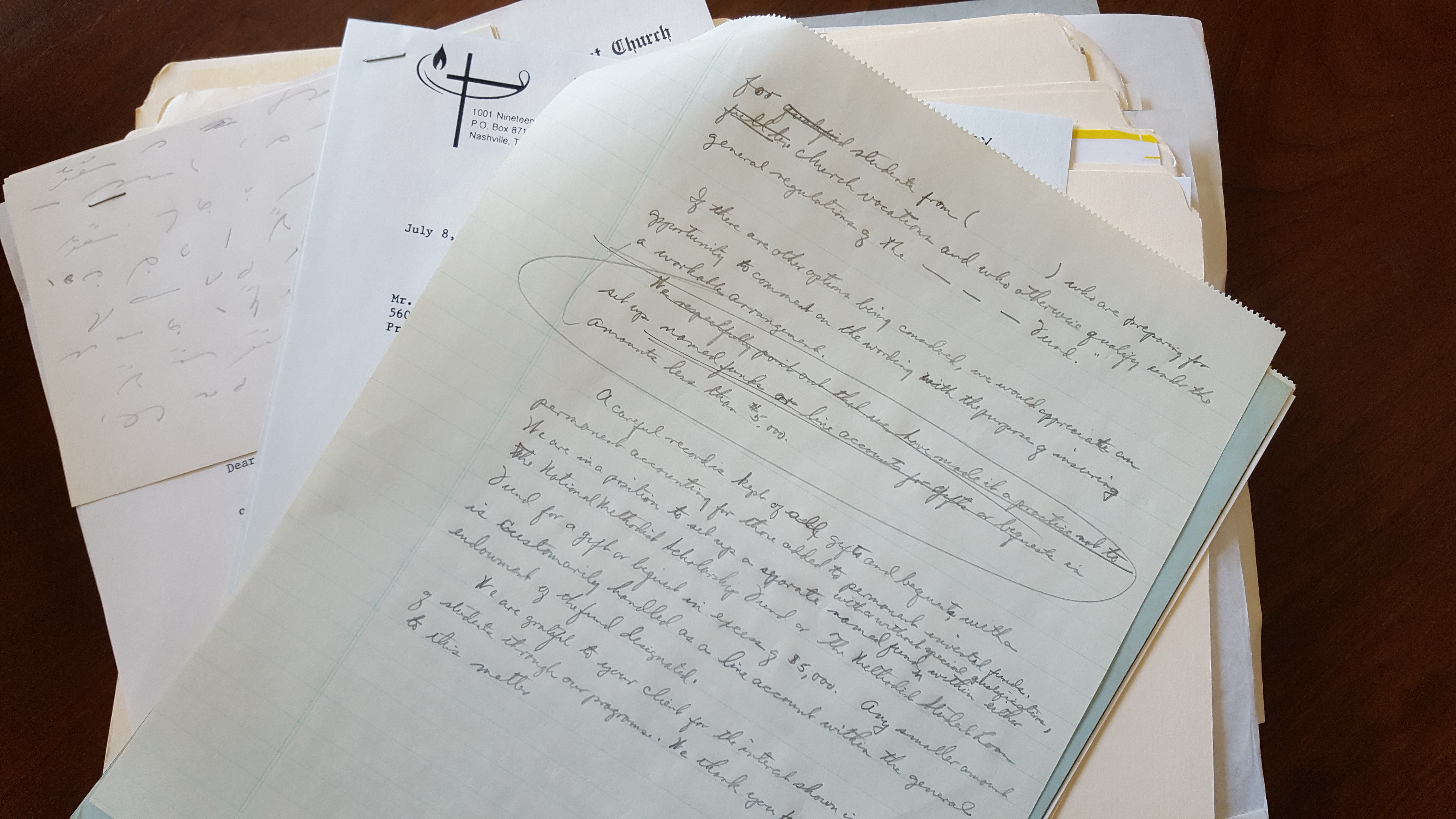 I work for an organization that has provided loans and scholarships to United Methodist students for over 150 years.  Recently, the office sent me some folders to look through. Most were inquiries and response letters from the 1960’s related to peoples’ interest in providing will or estate gifts to support these students.

A couple things struck me. First was the actual contents of the folders. I’ll describe and put footnotes at the bottom for you younger readers.

There were handwritten pages that were then typed into letters, probably by a secretary. (1)

There were also notes taken in short hand. (2)

The letters were type-written, several of them looked like carbon copies of the letters. (3)

Mostly the letters were well done but a few of the typed letters included corrections with “white-out.” (4)

It was fun to read the requests from individuals and response letters from our office. One pastor said that he had a church member that was interested in giving a gift to scholarships and invited someone to visit with her, “But she is a bit peppery.” Can’t you just see her?  Another asked for a response, but to wait until next month as she was on vacation and didn’t want her family to see where she wanted to give her money.

But what really struck me was the generosity of people. People wanted information on how to make a difference in providing scholarships and loans through direct and estate gifts. They often listed a pastor, teacher, or school that influenced their life and how they wanted to return the blessing they’d received. Some wanted to know their gifts would be cared for and given to qualified students. Many wanted to do something on a grand scale – to provide for United Methodist students not just in their hometown or state, but across the nation to students they didn’t know.

(1) In the old days people actually used pens and pencils and wrote letters and words on pieces of paper. These were not on a screen of any kind and not sent by email.

(2) A system of taking notes with squiggles, lines, and abbreviations. Interpretation – voice to print.

(3) Typewriters – Google it. Carbon copies – a piece of carbon paper made an imprint on a second piece of paper. Interpretation – click print, select two copies.

(5) Fifty years from now, people will laugh at the way WE are now communicating.