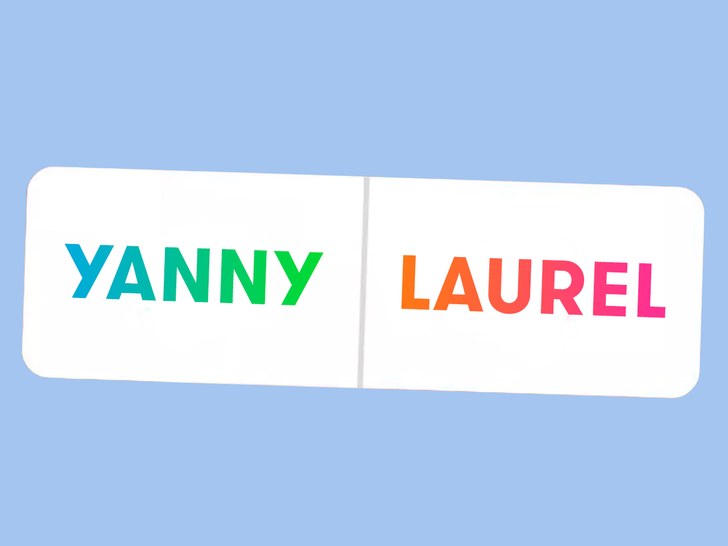 Unless you’ve been hiding under a rock or on a Sabbath from social media, you’ve probably heard about the Yanny & Laurel debate. It’s an electronically produced voice, saying a word and some hear Yanny and some people hear the word Laurel. The science behind it is the two words have surprisingly similar sound waves or acoustic features. Yanny tends toward higher frequency, Laurel toward lower frequencies.

As we age, we tend to lose our ability to hear higher frequencies and most older folks hear Laurel. If you have young ears, you tend to hear Yanny. I had an audiology test done a couple years ago. The audiologist said, “I bet you have a tough time hearing your wife.” She said I’d lost the ability to hear tones in a typical range of a woman’s voice. My wife thinks I’m just ignoring her, but there are times I truly don’t hear her. I’m all Laurel.

We tune into certain voices and tune out others. In a pack of kids, you know if your kid is the one crying without looking. During the Presidential campaign, it came to the point where I couldn’t listen to either voice. Herb Carneal was the voice of the Minnesota Twins and I can still hear his opening for every game, “Hi everybody.” If you’re old enough, Paul Harvey would close his broadcast with, “Good day!” Can’t you just hear it?  I’m sure each of you have distinct voices in your lives that you tune in and others you tune out.

I was meeting with a couple friends going through tough stretch, and having a couple disappointments myself, isn’t it easy to tune into fear? Don’t we turn our attention to the what if’s and how comes? How easy is it to focus on what is in the past? With one of the friends, we were talking about God speaking to us and the still, small voice. I didn’t know the context of that scripture phrase, but it’s important – – –

So don’t look for God in the mess, listen for the voice after the mess. Don’t focus on why me God, but rather, what now? Don’t hear the voices of fear, but the small voices leading us to a better place. Don’t listen for Yanny, it doesn’t exist in my world.