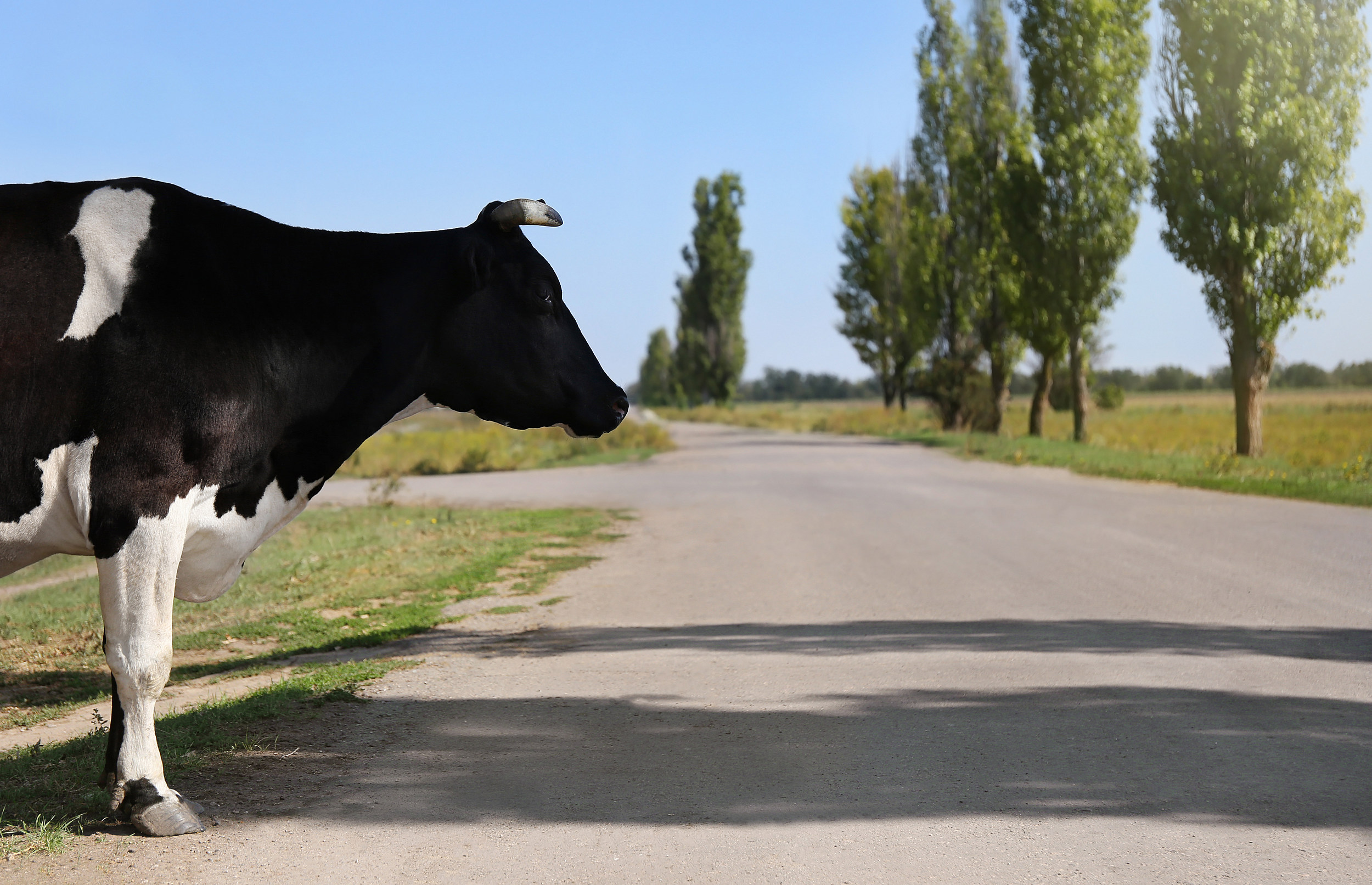 I was on a two-lane highway headed west of Sioux Falls and up ahead saw there was a tractor parked across both lanes in the highway. When I approached the tractor, I could also see a pickup with a horse trailer across the highway, about a half mile down the road. Soon another tractor, with a bale of hay on the back, started leading cattle across the highway.

The cattle were reluctant to leave the grass of the ditch and cross the pavement. When they saw the hay and feed were dropped in the destination field, the cattle in front realized that the trek had a payoff.  The first few braved the asphalt surface and then a mini-stampede started.

All was going well. The four-wheelers and screaming farmers kept the herd moving – until the very last steer. He walked to the edge of the road, looked down, and then bolted back to the original field. He wasn’t having it. The four-wheelers circled and the farmers screamed and the cow laughed (Ok, I imagined he was laughing). When they moved the tractor and pickup off the highway to let us through, all but one were contently chewing. The one was still headed in the opposite direction.

A couple days ago, I woke up and “heard” Matthew 21:21. This has never happened to me before, so I got out of bed and looked up Matthew 21: 21.  It was a parable that I didn’t remember, where Jesus curses a fig tree. Jesus was on the way back to the city and he was hungry. There was a fig tree with no fruit, just leaves, so he curses the tree and the tree withers.

The disciples were amazed and asked, “How did the fig tree wither so quickly?”
Enter Matthew 21: 21 ——
21 Jesus replied, “Truly I tell you, if you have faith and do not doubt, not only can you do
what was done to the fig tree, but also you can say to this mountain, ‘Go, throw yourself
into the sea,’ and it will be done. 22 If you believe, you will receive whatever you ask
for in prayer.”

Over the past weeks I’ve been wrestling with a couple ‘mountain into the sea’ issues that appear insurmountable.

It seems that I’ve been given pretty clear instructions on where to be fed.

My path seems pretty clear, that prayer and belief will provide a way over hard roads.

I see my doubt has led me to the edge and I’ve run in the opposite direction.

And I’ve learned, don’t mess with Jesus when he’s hungry.