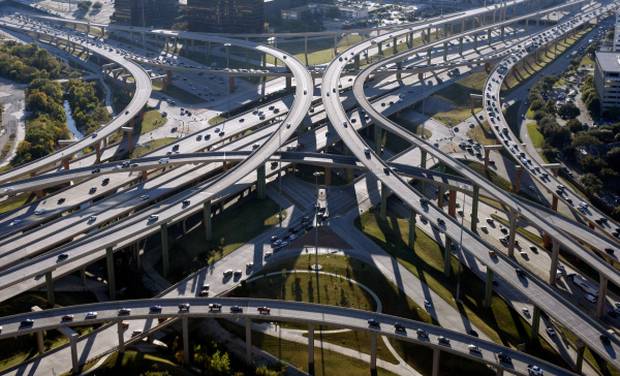 Driving in Dallas this week, they have an astounding complex of elevated roads, express roads, and road roads.  It’s incredible to think of the planning (and the expense) of putting this matrix of highways into place.  Along with the matrix comes an abundance of signs. At the beginning, it was a little overwhelming to figure out which lane, which exit, which truck might mow you down.

It’s also Advent. This is the season of waiting and anticipation, but it’s also defined as – coming into view or an arrival.  So what is coming into view this year for you?  What are the signs pointing to the arrival of Christmas?

It’s really not one thing. It’s a matrix of symbols and reminders. It’s Hope, Love, Joy and Peace leading to the arrival of a Savior.  So be thankful for the many signs of Advent.  And for the GPS on your phone.

2 thoughts on “The Many Signs of Advent”