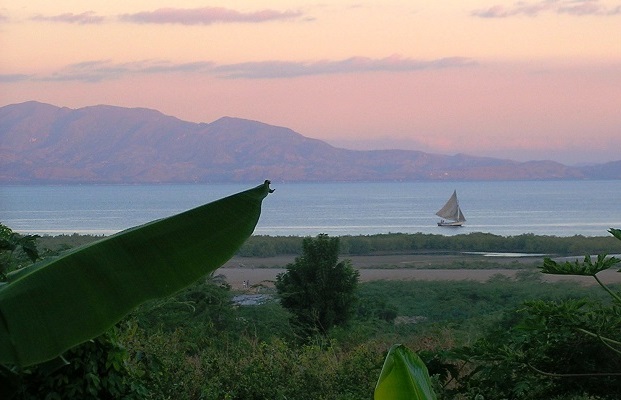 Maybe it’s because I’ve had some NDE’s in my life – some Near Death Experiences.  Should have drown as a kid, had one leg break through an “ice bridge” over a waterfall in the Sioux Falls that could have ended poorly, and was in a little earthquake event in Haiti.  I’ve also lived long enough to see friends be diagnosed with difficult and terminal illnesses.  I’ve been alongside families experiencing tragic deaths.  We’ve grown close people who are no longer with us.

So I’ve begun to re-frame the question.  Instead of “Why Me?”  I’ve begun to think “Why Not Me?”  I haven’t eaten well enough or exercised enough.  I’m not immune from disease.   I drive 30,000+ miles a year and have put myself in dangerous places.  So Why Not Me?

(The blog photo was taken two days after the devastating earthquake in Haiti.  It was an amazingly tranquil scene knowing that chaos was occurring just a few miles away.  It’s always a reminder that no matter how the world looks to you, there may be storms elsewhere.)