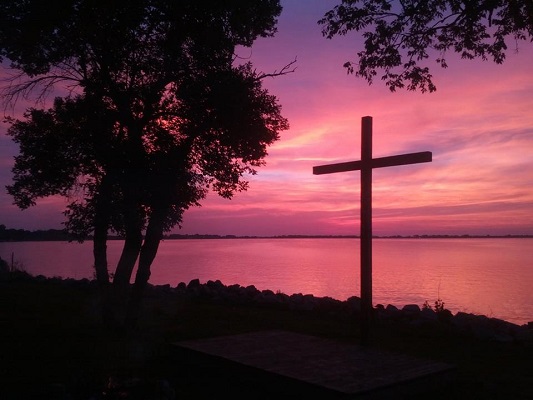 I was too young to remember all the details, but dad invited an atheist to speak at the church. Pretty gutsy move as this was in a small town in the Dakotas in the late 1960’s.  It attracted newspaper coverage and pretty sure it attracted some harsh criticism.  Again, I don’t know remember many specifics but remember hearing things around the edges.

Years later I had graduated from high school and my parents were assigned to move to Sioux Falls.  I asked if I could stay in Aberdeen to work for the summer and then I’d be off to college.  I lived with my best friend who happened to be Jewish.  The family kept Kosher in the home and they still hold Sabbath services in their synagogue when in town.  I spent Passover meals with them, learned about other Jewish holidays, and they patiently answered my questions about Jewish tradition.

Recently, I asked dad why he invited an atheist to speak and what happened after.  Dad said he was doing a series on difficult issues in the church.  He said actually the church members were mostly supportive.  They looked on it as a perspective and a way to sort out what was important to their own faith.  However, a church in another state put together a petition for dad to have his clergy credentials revoked and dad said he probably wouldn’t do that again.

Isn’t it a shame that we’re afraid to confront questions about our faith?

Looking back, the summer with the Jewish family helped me more than any other event – more than any pastor, church, or class – to sort out where Jesus fit into my faith.  It made me realize that Jesus WAS important to my faith and that is important to me.  And I got to that point because I questioned my faith.

One of the members of dad’s congregation said after the fallout, “If we can’t handle a couple atheists in our own den, how weak is our faith?”      Yep.

2 thoughts on “Questions About Our Faith”