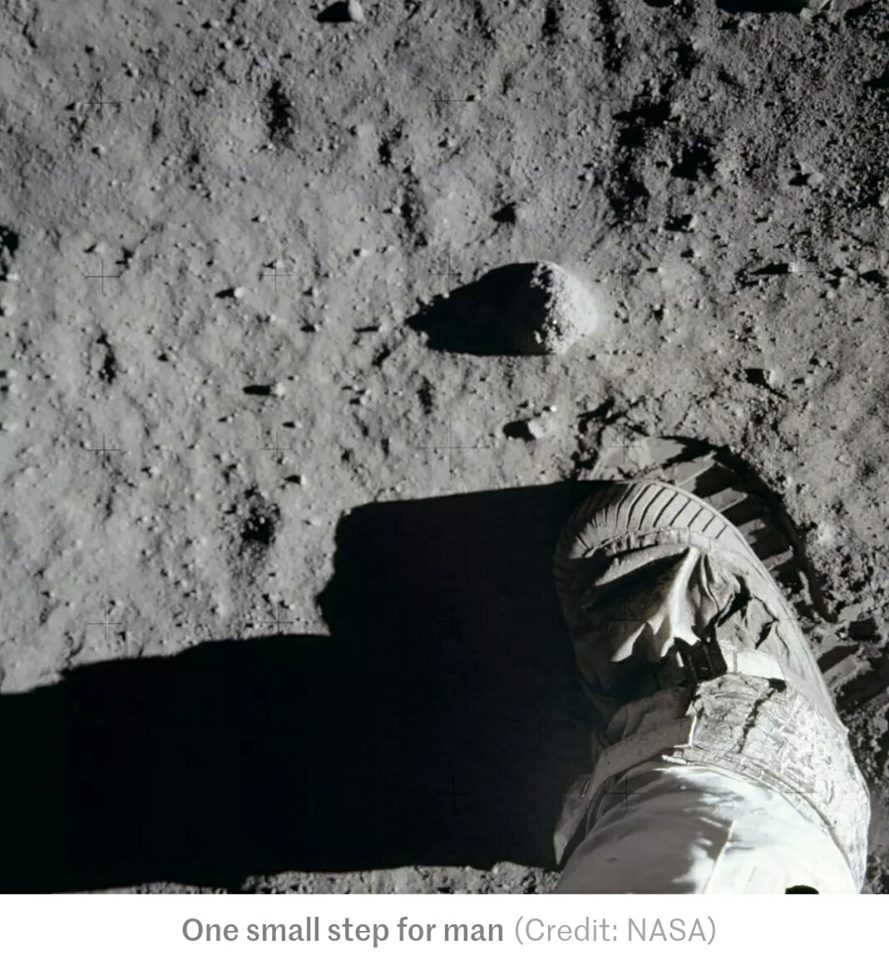 We were watching Neil Armstrong bounce down a ladder to take a first step on the moon. It was an amazing achievement. Then the proclamation from afar, “One small step for man. One giant leap for mankind.”

One of the things that I remember most was the first footprint. It left an indelible imprint on the moon and in my memory. I also remember that the conspiracy theorists thought it was actually a fake. That people staged and filmed the moon landing in a movie set. Seriously, there are people that don’t believe anything.

I read somewhere that it took a million steps to make Apollo 11 and Armstrong’s first step possible. It took years of planning, test runs, lead-up Apollo missions, lots of money and science and mistakes to make that first imprint in the dust.

Isn’t that true for us too. It takes stumbling attempts to learn how to walk. It takes swervy efforts to learn to ride a bike or drive a car. It takes trial and error to become a better parent. We may take several paths before we find a job that fits. It takes a lifetime of mistakes to garner some wisdom.

It isn’t the footprint in the dirt, it’s the bumbling steps that made that stride it possible.
And if you make a huge blunder, blame it on the filming crew.