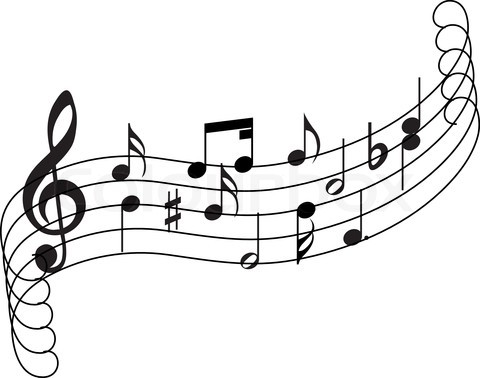 When you think about it, music is a strange thing.  It’s really just a bunch of noises and occasionally words stuck together.  So what is it about a bunch of random sounds that affects us? All of a sudden our foot starts moving up and down. We start singing in the shower for no reason. We start swaying and you catch your body moving – in my case, as my wife will attest, never to the point of dancing. I’ve had tears in my eyes while listening to a song. If you are in some churches you may even put your hand up in the air. If it’s a Methodist or Lutheran church, they may want to know why you are asking a question during a musical selection, but this music thing touches us.

In elementary school I started playing a baritone. It’s basically a small tuba. If you want to date girls in high school, don’t play a baritone or don’t wear cool spats during marching band. Ya, let’s blame that on the instrument I played and the band.

But I am grateful that I was able to learn to read notes.   You learn that squiggly markings on a paper can eventually turn into music. What’s even more amazing to me is that people make a living playing music. Some make a lot of money that way. We went to a Heart concert recently. The lead singer was 65 years old and her sister, at a lean and mean 61, still played the guitar.   So people pay other people a lot of money, for a long time, to make music.

Tried to play guitar, wish I would have taken piano. I like to sing and at one time I was good enough to sing in some special groups that performed in churches and local venues. For free. So you can also provide music and not be paid, just so you know.

So the next time you turn on the Country station or plop in the classical CD or download alternative rock song or head to the blues concert or chill with the jazz group at an establishment, or get some easy listening on the elevator – remember that it’s music. And it’s weird that it affects us.

One thought on “Music is Weird”