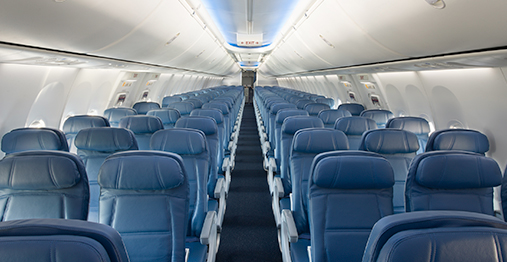 On a flight to Atlanta, the flight attendant asked me what I wanted to drink and then asked the man next to me.  He was basically unresponsive and looked like he was having a stroke. The attendant called for help and an Emergency Room Nurse and Physician’s Assistant came to evaluate what was going on. They hooked him to an AED, got him laid in the aisle of the plane, took his blood pressure and pulse and attempted to evaluate what was happening.

The ER nurse was on the headset to a doctor in Atlanta and they were about to divert and land the plane when my seatmate started coming around. Eventually he got up, sat back in the seat and seemed to be fine. The nurse sat with him the remainder of the flight and talked to him about what had happened. There is a likely explanation that only you medical types would understand, but had to do with a vagal nerve.

But here’s the important thing. People are often best when others are at their worst. Passengers became emergency workers. They and the flight attendants acted quickly and professionally. People around my seatmates were helping when they could and several were praying. They let the couple off the plane first just so he could get checked out and the passengers broke out in applause when he walked off the plane. MANY people thanked the nurse, the PA, and the airline staff while departing the airplane.

In the end, a very nice couple was treated with care by complete strangers.  Isn’t it awesome when people are at their best?

One thought on “People at Their Best”