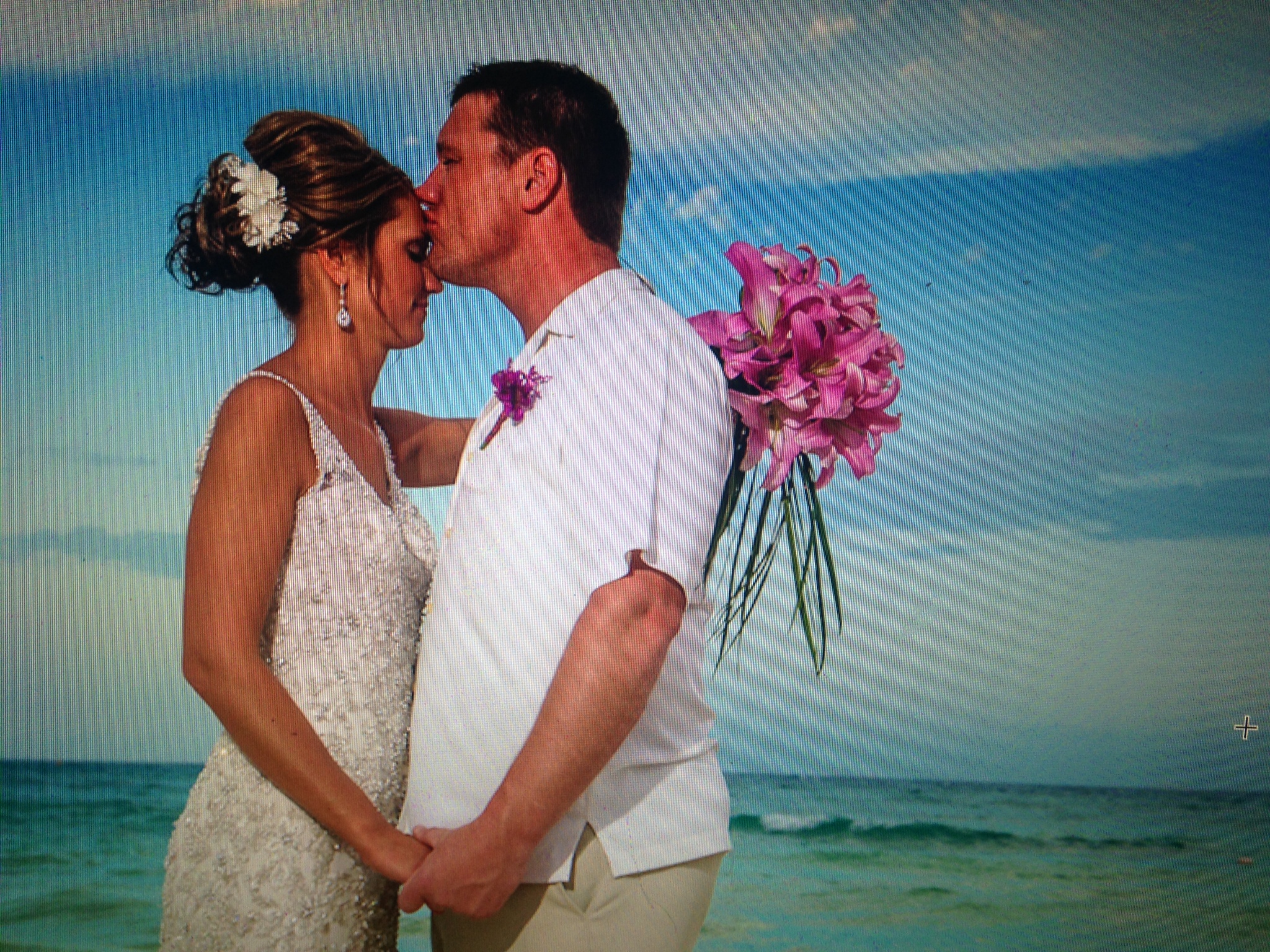 Love Is In The Air

DJ had wanted to be a pilot since he was a kid, earned his pilot’s license while in college, and began to live out that dream as a “crop duster” and on his own time, flying his beloved Piper Lance aircraft.

On their very first date, DJ took Megan up for an airplane ride. Their relationship began a steep climb, love grew with each flight, and even his marriage proposal included a well-planned, staged “emergency” landing. Knowing that you can’t spray crops in the winter, they planned a destination wedding in March.

In an April trip, DJ flew three men to a cattle sale in Texas. Megan was at home studying for boards to become a nurse anesthetist and knew the plane should be arriving at their local airport. Usually DJ checked in, so she went to the airport and tried to find out flight information. It was a foggy night, DJ was a talented and experienced pilot, but Megan grew to know something was wrong.

Megan became a widow after six short weeks of marriage. Multiple factors including changing weather, an incomplete map, and a light not working on a wind turbine contributed to four souls being lost. Her love was in the air, and then he wasn’t. In a glimpse of connection to DJ, Megan found out she was pregnant. That too was short-lived.

Not to diminish the catastrophe and terrible loss to a young woman, I find the next chapter of her story compelling. She did as her blog is titled, “Hitting Rock Bottom & Choosing to Get Back Up.” Megan chronicles her raw struggles in loss and then how she lived into hope by getting back up. There are several things that have left a mark with me.

Megan maintained her faith in God. It would be so easy to cast faith aside and live within the unfairness of this tragedy. In one of many examples, a memorial scholarship was established, “in honor and in memory of my pilot who is flying with Jesus.”

She embraced the suck of grief. Megan didn’t hide or run away, she talked about the “firsts” and the roller coaster of emotions and coping with deep pain. She sought professional guidance to help her navigate the grief. Megan carried an instinctual fear as a pilot’s wife. She found that others, including pilots, know that this may not end well. It is living through the fear realized, enduring the emotional roller coaster, and returning to living life fully – different, but fully. She helped us all live through remembering and honoring and cherishing.

Megan allowed others to come alongside her. She accepted and was grateful for the support and kindness of family, friends, and even strangers.

In one of the most amazing feats of grace, the four wives formed a bond. Think about the situation – the pilot of the plane, even though not careless, left widows and fatherless children. That seems like a path headed toward anger and blame. What happened was four women, who had the same, shared disaster, supported each other. They met and drank and ate and vacationed and most of all, cared for each other. We can all empathize, but only these four know.

Megan helped us understand love. That while love is reshaped by life, it remains timeless. “Whether it’s a few months or many, many years, it’s never long enough,” related Megan. “Live and love as if your life may change in an instant.” Because it does.

One thought on “Tell Me Your Story #3”