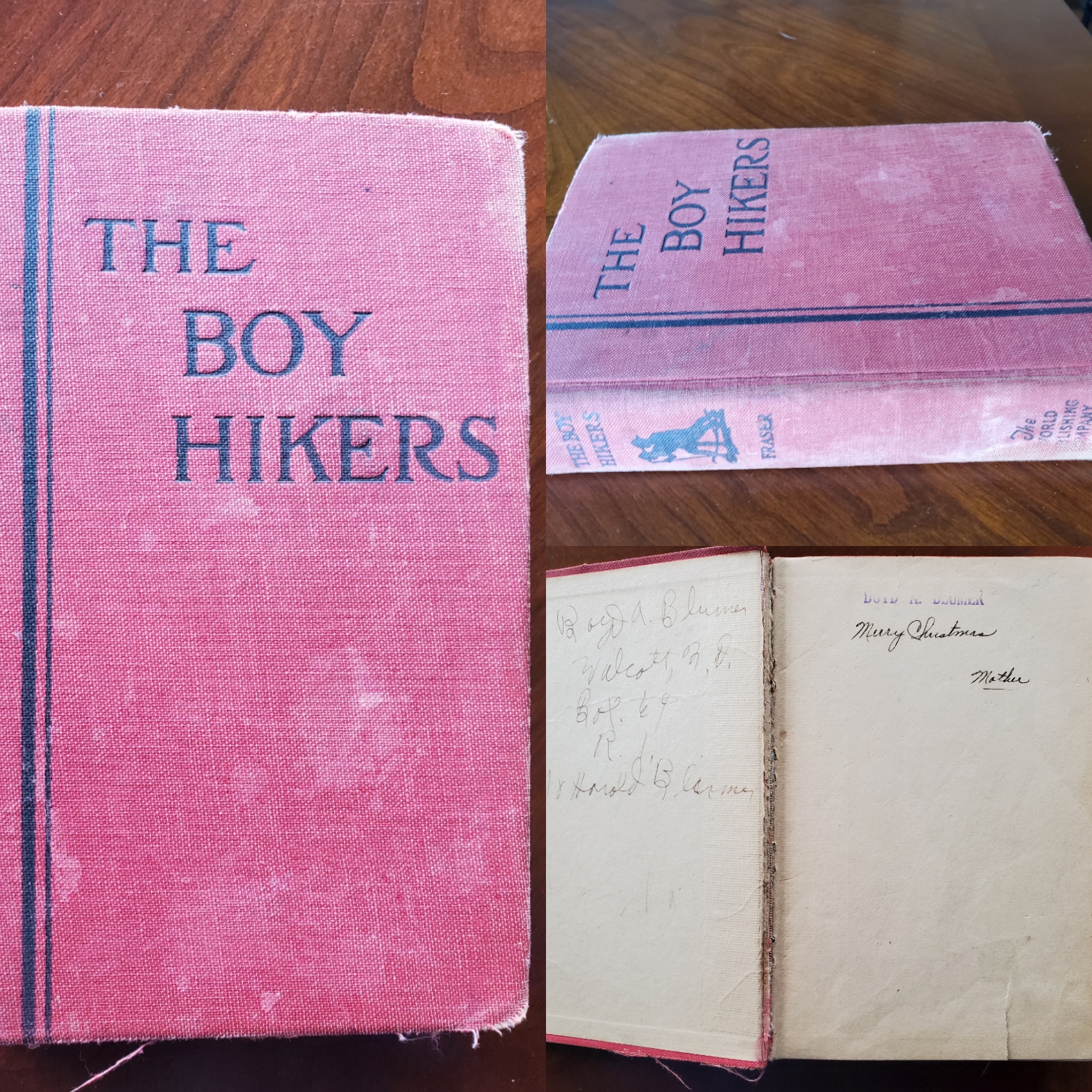 One of the first chapter books I remember reading as a kid was The Boy Hikers. It was a book given to my dad by my grandmother and was a book that he read several times as a boy. For some reason, I was thinking about the book, dad knew where it was, and I just reread it.

The Boy Hikers was actually written in 1918 and is about a group of boys that decide to go on a hike. They camp along the way and schedule baseball games to be played with local town teams. During the days they volunteer to help farmers. They earn money by splitting the gate at the baseball games and any funds they receive from helping at the farms. These funds, outside what it takes to feed themselves, are donated to the war effort through the Red Cross. The book details their hikes, camping out, coming across kind and helpful people, and even recruiting a one-armed vagrant to play on their baseball team.

Along the way, they discover an undercover German spy who is sending short-wave radio reports to undermine the U.S. war efforts. They find out and break the code he is using, report it to the officials, who arrest the spy and his two accomplices. All the time, defeating local baseball teams in heroic fashion.

What I found most interesting was the language and words they used. This, I believe, would be considered a book for kids and young adults. Some of the language was reflective of the time the book was written, but the vocabulary was pretty complex. I had to look up a bunch of the words:

Words used in sentences we don’t hear now. “Drop the miscarried fruit into his path.”  Warning, this one might be PG-13, “You’ve got my coat,” he ejaculated.

Another striking thing was how they teased a heavy kid. Maybe I’m sensitive because I was a heavy kid (and a heavy adult), but they were merciless on the poor chap.

The book was obviously supporting the war effort, pro-American and anti-German. Just felt a bit propaganda-ish at times.

But heck, it has baseball and I love baseball.

But the coolest part was inside the front cover, it was written, “Merry Christmas” and “Mother.”  My dad had also written his name, address, and my grandpa’s name.  There were other scribbles and notes in the book.

What I took away from The Boy Hikers —
I felt a connection to and memories of my extended family.
Books can be reread and re-enjoyed.
Baseball is a timeless game.
Even boy hikers can find spies.
“We all need a more magniloquent vocabulary,” he ejaculated.