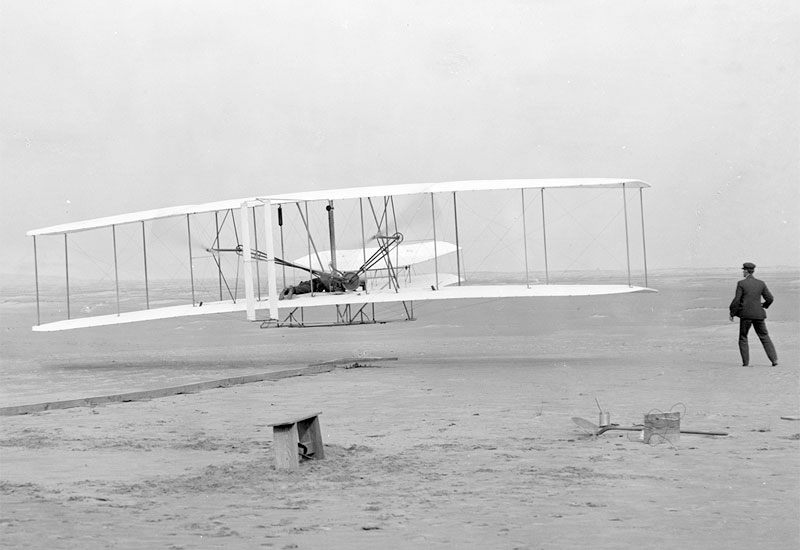 Just finished the book The Wright Brothers by David McCollough which, I know shockingly, was about the Wright Brothers. It was a well written account of two brothers who had a passion about manned flight.

A few things struck me about the book. They made their money building and fixing bicycles, but their passion was flight. They spent hours learning, watching different kinds of birds in flight, talking to others, developing technology to test their ideas, and then they kept to their beliefs.

The Brothers tested their glider in Kitty Hawk, NC but that was really the beginning. One writer said what they probably get too little credit for is the development of the propeller. There was no design or pattern or research to follow. They developed an aluminum engine in the early 1900’s so it would be much lighter. They meticulously sewed fabric over stick construction and figured out a wing design that would fly. Later they refused to bow to pressure and flew when they felt they were ready to fly regardless of who or how many people showed up to see this incredible invention.

But the most startling thing to me is that after they started making regular flights back in Ohio, no one came out to watch or see them. No one reported or wrote about them. The tried to sell their idea to the U.S. government, but officials didn’t believe it was possible so the Wright Brothers did much of their early demonstrations to countries in Europe.

After all of their success, manned flight exploded. The Wright Brothers then spent much of the rest of their lives defending their patent designs and their contributions to flight, as people stole their designs and discredited their role in creating the first successful aircraft.

Isn’t is so like us? We can’t see the genius in our own backyard. We look back and say, we should have thought of that – but we didn’t. In our part of the world we don’t like people putting themselves above anyone else. But if they do, we’ll make sure to cut them back to size.