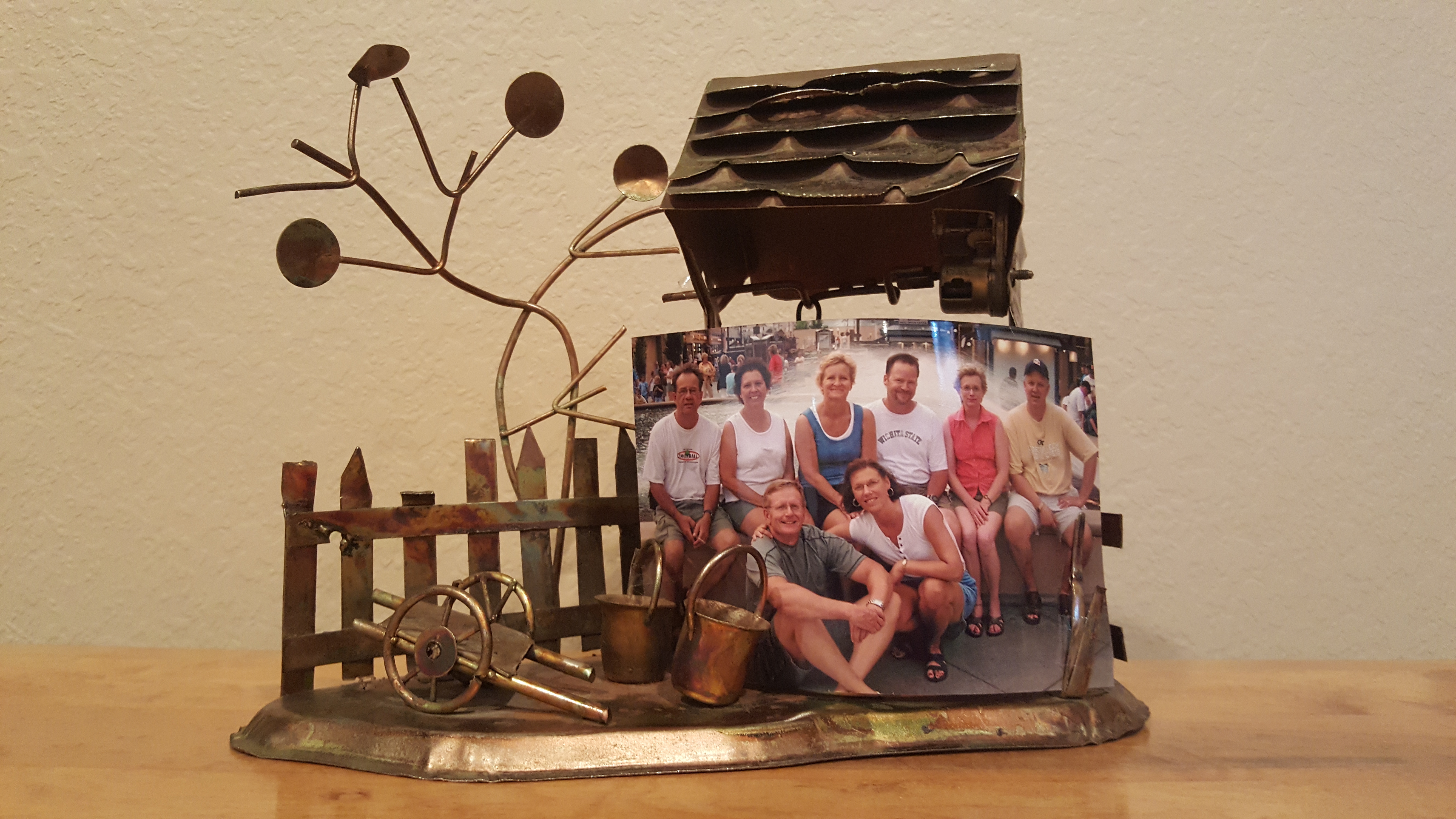 We played co-ed volleyball with three other couples and all our children are boys. So naturally our team was named Boys-R-Us. While our families have transitioned and we don’t all live in the same community, we’ve maintained our friendship.

It started very innocently. A friend put a metal wishing well on a rummage sale. As a joke, my wife bought it and “re-gifted” it to the original owner. For more than 25 years the wishing well has made the rounds and each of the four couples have ended up with the wishing well in their possession.

It started as surprise birthday gifts. Left as housewarming presents. Conveniently left in the corners of houses or trunks of cars. But then, the creativity began to amp up.

A birthday cake was difficult to cut – under the icing revealed a plastic bucket, hiding a wishing well. A call from the front desk of a hotel, giving them a “special” gift bag. Brought to the table by a chef under a covered metal platter – when the chef asked if they’d like to see tonight’s special – they became the owner of the well. A well-hidden well, inside a pillow. A drawing at a city Christmas Party where one of the friends received a package specifically set aside just for them.  A vacuum-sealed plastic bag held a reward for a discovery near a pontoon. Several random contests, including an archery contest where the lowest score “won” the wishing well.

We all get a bit paranoid when we are together, hoping we don’t become the new owner. We actually started a Legacy document, showing who has had the well and how they got it. It does put a bit of pressure on the current owner to come up with a new and creative way to give the well away.

Somewhat recently, we began the conversation of what to do with the wishing well if we pass away. We decided that a tile from the roof would travel with each of us into our next life and the second to last gets the well in their forever ownership.

Like us, the wishing well has been well-traveled. It used to play “Three Coins in a Fountain” but, like us, it’s worn down a bit. Like us, the well has lost a bit of tarnish. Through some bumps and changes and challenges, the one thing that has endured is friendship. That has a better chance of remaining than our memory of how we gave away or where we put that well.

One thought on “Wishing Well”