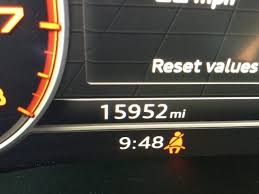 It’s Eclipse Week and it has been described as a “once in a lifetime” experience for some, especially here in the United States. Certainly, it is an event that comes along rarely and is a day that is marked as a day to remember. I was holding down a button in my car and it said, “Reset Values.” So I’m thinking about days to remember, times that pushed my reset button. Certainly, it’s easy to list marriage and birth of kids. They are clearly important, but I was trying to think about other moments that greatly affected me and reset my values.

When I was 15, I was in my one and only (so far) car accident. I hit another car in an intersection and lost my license for 263 days. Not that I was counting…  It was completely my fault as I wasn’t paying attention. But it made me reliant on my parents and friends and I think a better, more aware driver.

When I was a junior in high school, I was selected to be a foreign exchange student through a program called American Field Service. I decided to select a country that would be unique or one not likely to travel to in my life. So I spent three months living with a family in Ghana, a country in west Africa. Definitely reset my values.

In one of my first teaching positions, we took turns as coaches to supervise morning weight lifting. I was driving to school and one of the students and his mom were hit broadside. The other driver missed a four-way stop, but did not miss their car. I was the first on the scene. I was trying to talk to the student and then realized his mom was tucked under the dashboard. The student made it, his mom did not.

Three months later, I was in my first principal position. A sixth grade student was crossing a busy street, an oncoming car didn’t see the stoplight, or the girl. The priest and I had to get the mom from work and bring the mom to the hospital. I’ll never forget that guttural scream when the mom found out her daughter was dead.

Honestly, our family has been fairly void of tragic deaths. But it’s pretty hard to get through life without the death of people close to us. I’ve lost a best friend and when we lose people we interact with and care about it pushes the reset button.

Was in this little thing in 2010 called the earthquake in Haiti. Made me realize how we depend on others. Also, I’ve described it as the first time when I could feel prayers. Push button now.

About five years ago, I had a major colon resection surgery due to a long history with diverticulitis. Basically diverticula are pockets in the colon that become infected and it’s cured by massive quantities of antibiotics (or losing 18 inches of colon). On a trip to Haiti, a woman come to a clinic and she was suffering from diverticulitis. We had antibiotics, but not ones that are most effective for this condition. So I gave her the meds I had brought along. At the end of our trip I developed the same problem and had to beg the only hospital in the area to dig through their pharmacy.  My thought at the time – maybe my tombstone could say, “He gave his meds away.”  Many conditions in our world are fixed by a trip to Walgreens, across the world these conditions are life threatening. Reset.

I was riding my bike near the Sioux Falls. I was coming from the “top side” so all I could see was calm water. Calm water —– before a waterfall. It’s just the realization that there will be other days ahead that will reset my values.