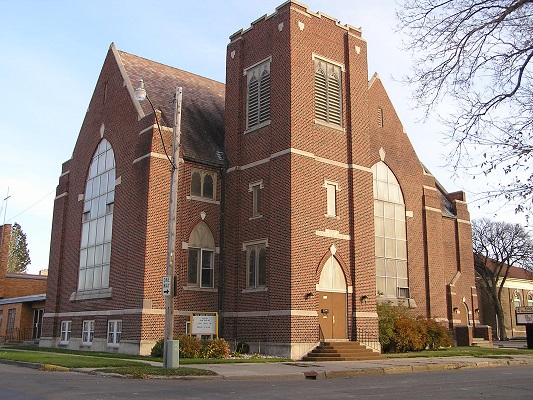 The greatest discovery in my junior high years was the top of the steeple in the Aberdeen church.  Not only did you feel like Indiana Jones while climbing the wooden ladders to the top, but the ladder led to a flat roof.  Through a hatch you could be on a flat roof, at least 30 feet above street level.  Did I mention it was a flat roof?  So it collected snow.  So it made the best place in the world to whomp cars.

After a collection of snowballs were created, the biggest issue was timing.  It was a calculation of car speed, launch angle, time for snowball to fall to the earth, and dumb luck.  We got pretty good at landing snowballs on cars.  From that height it made quite a whomp, but even though many stopped and looked around, they had no idea where the snowballs came from.

One day after whomping several cars, a different kind of car showed up.  It had pretty circling lights on it and people in uniforms.   We stopped throwing snowballs.

Until the next snowstorm.